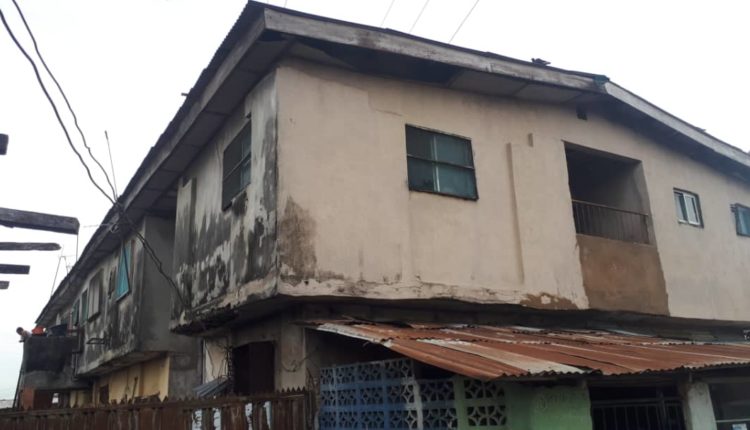 As part of measures to prevent incessant buildings collapse in Lagos State, the Government has listed atleast 102 distressed structures for demolition and has given owners of the affected property seven-day notice to pull down the buildings.

The buildings marked for demolition were among the 500 distressed buildings identified by the state agency, Lagos State Building Control Agency (LASBCA), across the state to prevent collapsed buildings.

In a statement released on Tuesday, General Manager of LASBCA, Biola Kosegbe, hinted that demolition exercise of the buildings was expected to commence at the expiration of the seven days notice and that occupants of structures have been asked to vacate immediately to avoid loss of lives and property.

Kosegbe stated that owners of the affected structures should remove the buildings in another seven days and that failure to embark on the exercise, the agency, in accordance with regulatory provision of the state law, would pull down the structures and cost will be borne by owners.

While emphasizing that the decision was taken after a thorough engineering appraisal of the marked building, the general manager emphasized that the structures were monitored with a view to ensuring better physical planning in Lagos.

She stated that during this monitoring period, all statutory enforcement notices in consonance with the Lagos State Urban and Regional Planning and Development Law of 2010 were served on the owners and that none of the notices were responded to by the owners.

She maintained that after a series of notices served on the owners, the government decided to embark on the precautionary measures to avoid loss of lives and property in the state.

The General Manager noted that people have shown disregard for the state laws on construction in the past which the resultant effect had been worrisome.

Kosegbe, who appealed to building owners to desist from adding new floors to an existing building without carrying out a thorough engineering appraisal, stated that conducting integrity tests and obtaining necessary building permits from relevant authorities would prevent structures from collapsing.

Insisting that building owners should seek authorisation from LASBCA and hire services of relevant professionals before embarking on construction, the general manager stated that such action would go a long way to prevent the occurrence of building collapse in the state.