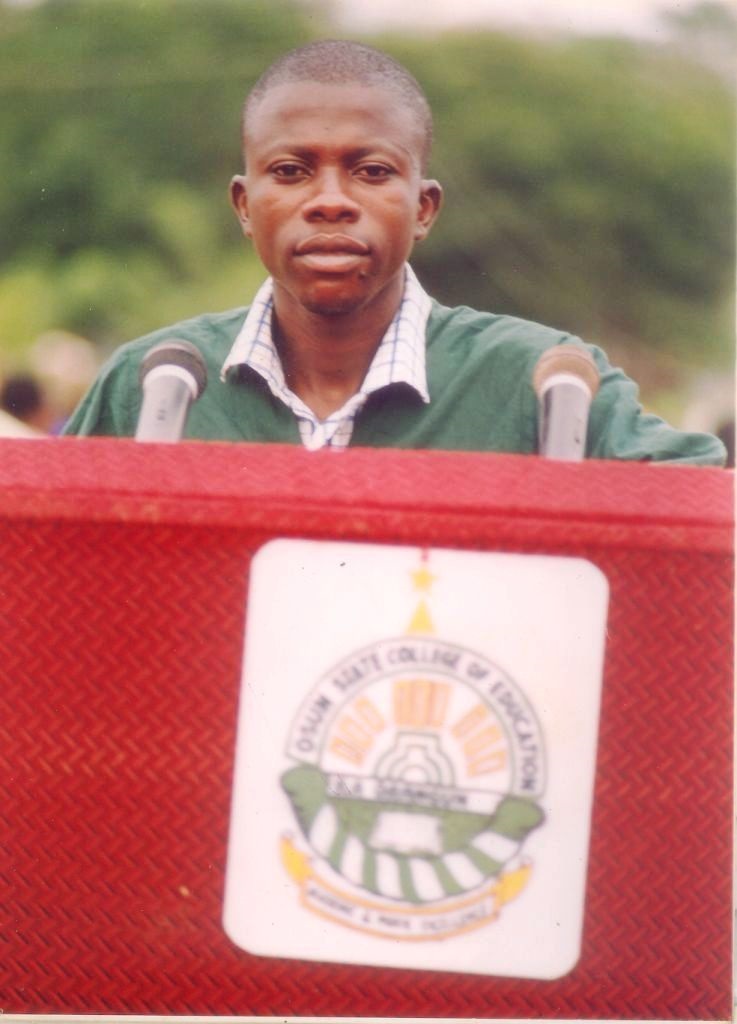 A victim of police brutality, Mr. Olaide Adebayo has been rendered homeless due to his inability to pay his rent.

Speaking weekend with newsmen in Abuja, the visually impaired young man said he had been unable to pay his rent for the past three years which prompted his landlord to eject him out.

Adebayo also disclosed that his wife lost their baby due to lack of care and natal care. “I almost lost my wife in the process but I thank God for his mercies over my family. Some spirited individuals came to our rescue and we were able to safe her life but we lost the baby,” he lamented.

He therefore called on President Muhammad Buhari, the Inspector General of Police, the United Nations and human rights activists like Femi Foalana and the National leader of the ruling All Progressives Congress (APC), Alhaji Bola Ahmed Tinubu to come to his aid.

Shedding more light on his predicament, Adebayo said he instituted the case, suit no M/554/2001 after he was attacked by policemen on Thursday, June 25th, 2009 along Alagbayan village near Odoba, Osun state and on Tuesday, January 22nd, 2013 at the High Court sitting in Ibadan the sum of 20million was awarded to him against the Nigerian Police.

“The Nigeria Police appealed the judgment but on Tuesday, April 15, 2014 the Court of Appeal, Ibadan Division upheld the judgment of the High Court. But the Police have refused to pay. Since the judgment was delivered one lawyer in Lagos was able to collect N313,000 out of the N20million awarded through garnish,” he disclosed.

According to him, his lawyer had written to the AGF on February 26, 2016. The letter was acknowledged on March 24, 2016 by one Mrs. Ngozi Calista Nkem on behalf of the AGF but till date nothing has been heard again.

“Last year January I got in touch with Ordinary Ahmed of Brekete Family and he asked me to come to Abuja. I spoke on air on January 23 and many people reacted to my story. I have given updates on the issue several time but till date the Police have refused to pay up,” he said.

Apart from Brekete Family, Adebayo said the BBC Yourba had interviewed him on the issue yet the Police have refused to budge.

“I am therefore appealing to President Buhari, the IGP, the United Nations, Alhaji Bola Ahmed Tinubu, Femi Falana and other human rights activists to help me and not allow me to die in this state,” he said.

He stated that the passionate appeal had become necessary because his right eye had started to deteriorate. He added that medical practitioners had earlier recommended another series of surgeries on the eye to prevent him from becoming totally blind.
END