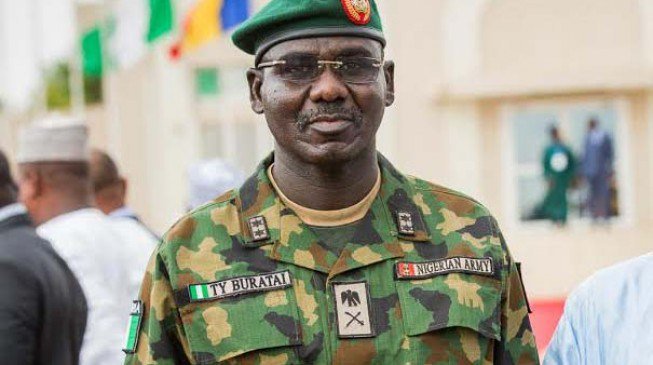 Following the ugly slaughter of about 43 farmers in Borno yesterday, A frontline Civil Rights Advocacy group HUMAN RIGHTS WRITERS ASSOCIATION OF NIGERIA (HURIWA) has outrighty condemned the act, while blaming the government for not funding the Nigerian army enough to battle insecurity in Nigeria.

The organization made it known that the Nigerian Army is burdened with policing duties, which isn’t supposed to be so, hence, hindering the army from carrying out its primary responsibility of protecting citizens against the enemies of the state.

“HURIWA is shocked at the bloodcuddling bloodletting that took place in the past 24 hours in the North East of Nigeria and especially the day light genocide of rural fish farmers by persons suspected to be fighter of the Boko haram terrorists. It is a sad day to wake up with the heartrending story of the gruesome decapitation of some Nigerians only because they went in search of foods for their families. The story that some 40 people reported ‘slaughtered’ in attack on labourers working in rice fields in Borno state in the country’s northeast, is a monumental disaster which calls for a declaration of national mourning for a day by President Muhammadu Buhari.

To read that the assailants on Saturday tied up the agricultural workers and slit their throats in the village of Koshobe, near Maiduguri, the capital of Borno state, is the most saddening piece of news since this year.

We in the organised civil society community in Nigeria completely locates the blame on the doorsteps of President Muhammadu Buhari who is actually not providing the needed political leadership to win the war on terror which has lasted far longer than necessary. The government is not funding the military as much as it should. The government is not ready even to officially declare Boko haram terrorists as a terror network so their finances are traced but the Central bank of Nigeria is misused to witchunt peaceful protesters and the banking accounts of suspected sponsors of the recent peaceful protests against police brutality and the violent killings of Nigerian Citizens were frozen by CBN but the Central bank of Nigeria under the current administration has increasingly failed to trace the funding channels of Boko haram terrorists and again the justice sector is not willing to prosecute the terrorists because the officials plan to milk Nigeria dry by presenting outrageous bills as budget for the prosecution of terrorists just about the same time that government continuously releases these terrorists arrested back into the society under the pretensions that they are to be deradicalised and reintegrated. The government by releasing terrorists is providing recruitment fertile ground for Boko haram terrorists.

Also the government fails to fund the war efforts”.
The Rights group stated that Nigerians should not condemn the military for not doing enough because they are handicapped, while calling on the international community to come to the rescue of Nigeria by providing logistical and technical support for the military.