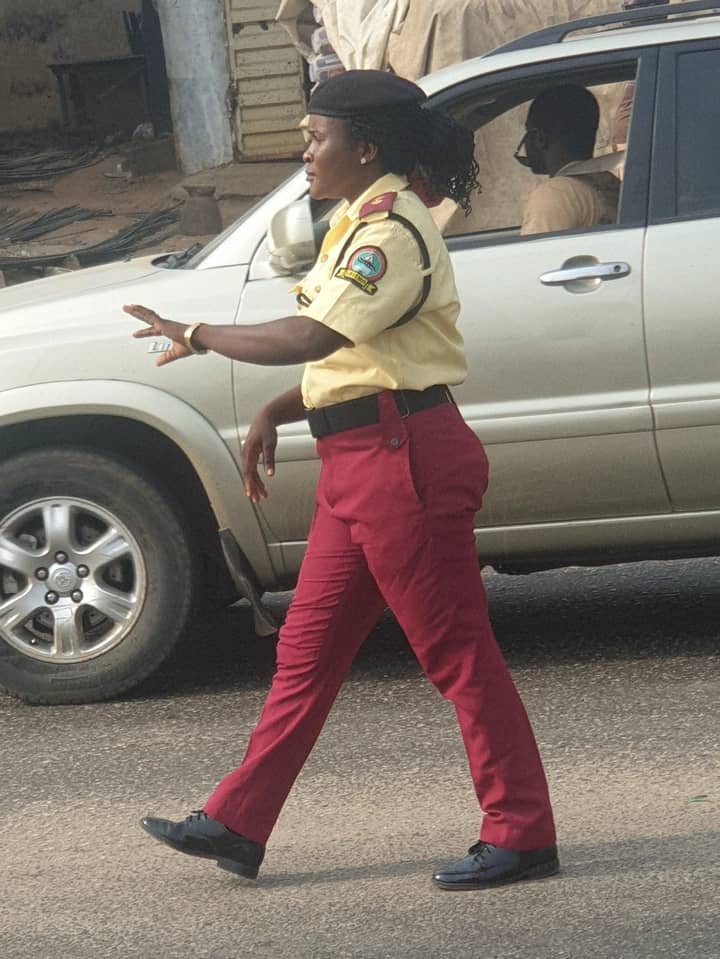 A proud public servant should work honourably, conscientiously and with dedication to responsibilities around his job description – that was the virtue I found in a Traffic Officer in Lagos during my last visit.
I visited Lagos third week of February and have to run around for five days to sort out a customer in Ojodu Berger. My route has always been from Iju Road (my Uncle’s place) to Ogba and from Ogba to Berger.
As usual, Lagos traffic is always very tensed and messy during rush hours (morning and evening when people are going to work and coming back respectively), and myself on the side hate the Lagos traffic as hell (one of the reasons why I didn’t opt to live there) because it deteriorates me internally.

Since the very first day I made my journey through this route in those five days, I’ve had a name instilled to my hearing. This name was accorded with true responsibility and will to get results while making people happy on the road.
There is a road called college road and on it is a bus stop called Orimolade Bus Stop, this bus stop has a plus (+) junction with a U-turn, it’s always war getting to and off this bus stop and there has been a particular morning that the traffic of that place help up vehicles up to Iju Road.

I was in the tricycle when the tricyclist and his friend (both sitting at the front) were talking about the cause of the traffic and how a Traffic Officer will be there controlling the situation to make sure the situation is managed; the driver stated that; “this road is always messed up every morning of weekdays but thank God that somebody is at the other side of the traffic trying to make things work without getting tired” then the friend responded and said “Are you referring to AKINWANDE? She truly never get tired, I’m sure this place would have been better in the evening and night if she was there too”.
To my surprise, when we got to the traffic junction, I actually saw this lady struggling to serve just about everyone and also trying to be suitable for all the crazy Lagos motorists and I told myself, what a man can do, a woman can do a lot better – now don’t allow that statement make you think I’m a coward and for the record, I’m not.

As if that wasn’t enough, the next day, I was in another tricycle and the tricyclist was lamenting on how much AKINWANDE must be struggling to clear the traffic and was much more concerned about motorists that are making the job a lot challenging for her, he concluded that AKINWANDE will get through the day as she usually does and will be back the next day to save the road.
Right then, I stood up from my sit in the tricycle and decided to walk along the traffic and I got to the junction before the tricycle I boarded from Iju Road, I stood at the junction for about ten (10) minutes (I was supposed to be going to work) looking at how magical this young lady gets when she’s on her road duty, I really feel like approaching her to interview her about how she gets the energy and inspiration to do what she does but, I felt I will be disrupting her from her duty so I decided to take a cold Pepsi early that morning while taking her pictures without her being aware. All the above and below pictures are a product my spy captures and I even had to zoom in to capture details.

I could stand there for hours watching her like a movie doing her magic controlling the traffic because It actually feels different seeing a lady do this kind of thing. She looks like a lady in her late 20s or early 30s and I do think she’s married because I saw a ring on her finger that looks almost like or even a wedding ring. I wouldn’t believe if I am told she’s got baby(ies) because I will wonder where she got those energy from after having kid(s).
Acknowledging that the International Women Day is around the corner, I took those pictures to celebrate a symbolic woman that is iconic for that day to represent every other person of that gender who are extraordinary at what they do and here’s to tell you, AKINWANDE, that you inspire reasonable people with what you do and I know such like you will lift the face of public service that anyone in your position will begin to see that their sole responsibility is to serve and serve rightly. I know International Women’s Day have passed but I believe in better be late than never
I had three encounter with tricyclist who responsibly made good comments about AKINWANDE and, three occurrences for me means a confirmation that I have to write something about AKINWANDE and I just did. Just in case you know this amazing lady please let this be known to her that she’s destined for greatness and she just need to continue to inspire people with what she does.