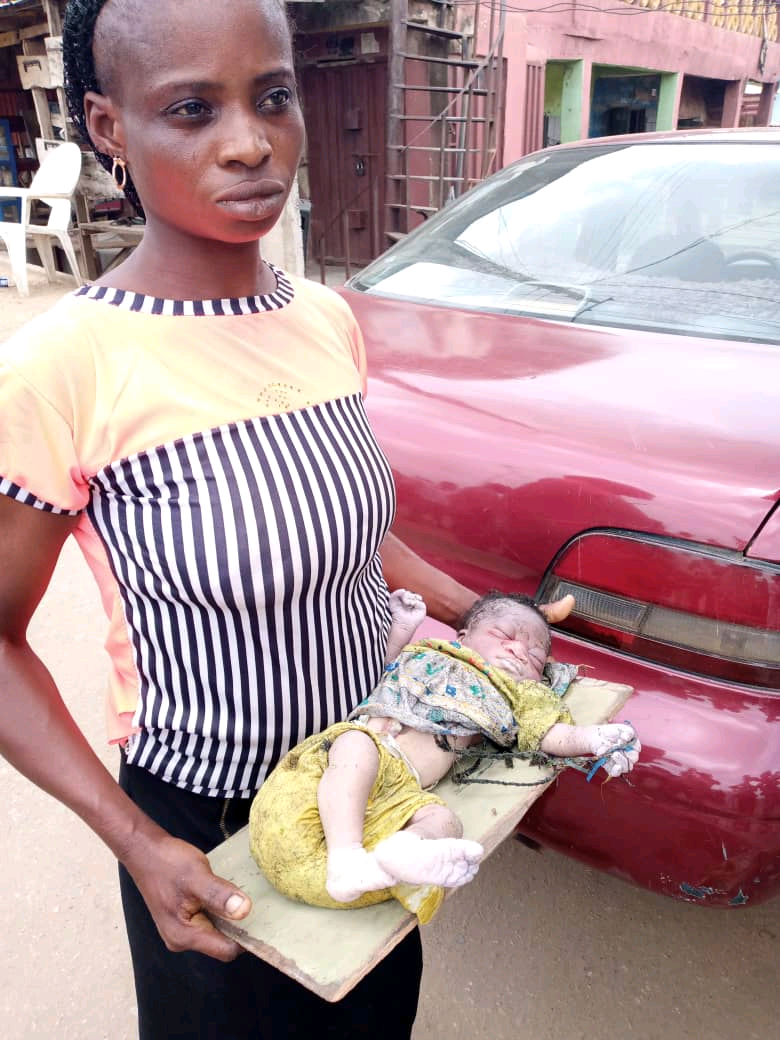 Fastnews Nigeria reports the reasons behind a 35 year old woman that killed her one month baby.

Sukurat Olajoke, a 35 year old woman has been arrested in Ogun State for allegedly killing her one-month-old baby before dumping the corpse inside Ogun River.

DSP Abimbola Oyeyemi said that Olajoke was arrested when policemen attached to Enugada divisional headquarters in Abeokuta, led by the Divisional Police Officer, SP Baba Hamzat, noticed when she dumped something suspicious into the river while they were on routine patrol on Sunday, March 28, 2021, the police spokesman in the state disclosed.

The suspicious behaviour was said to have attracted policemen who picked her for questioning.

Oyeyemi said that during interrogation, the woman, who lives at Agboole Alakoye area of Igboora in Oyo State, confessed to killing her one month-old baby out of frustration, before
throwing it in the river.

She revealed that her action was based on the rejection of the paternity of the baby by the man who impregnated her, and the way she was abandoned.

She added that she took the decision to snuff life out of the baby since she had no means of taking care of it and she has 6 children already.

“Preliminary investigation revealed that the suspect had given birth to six children for three different men, before getting pregnant for another man, simply identified as Hakeem, who refused to accept the paternity of the child,” the PPRO said.

He stated further that the DPO had to engage the services of local divers to help in recovering the corpse of the child, adding that it had been deposited in the mortuary.

Oyeyemi said that the state Commissioner of Police, Edward Awolowo Ajogun had ordered the immediate transfer of the suspect to Homicide Section of the State Criminal Investigation and Intelligence Department, for further investigation and prosecution