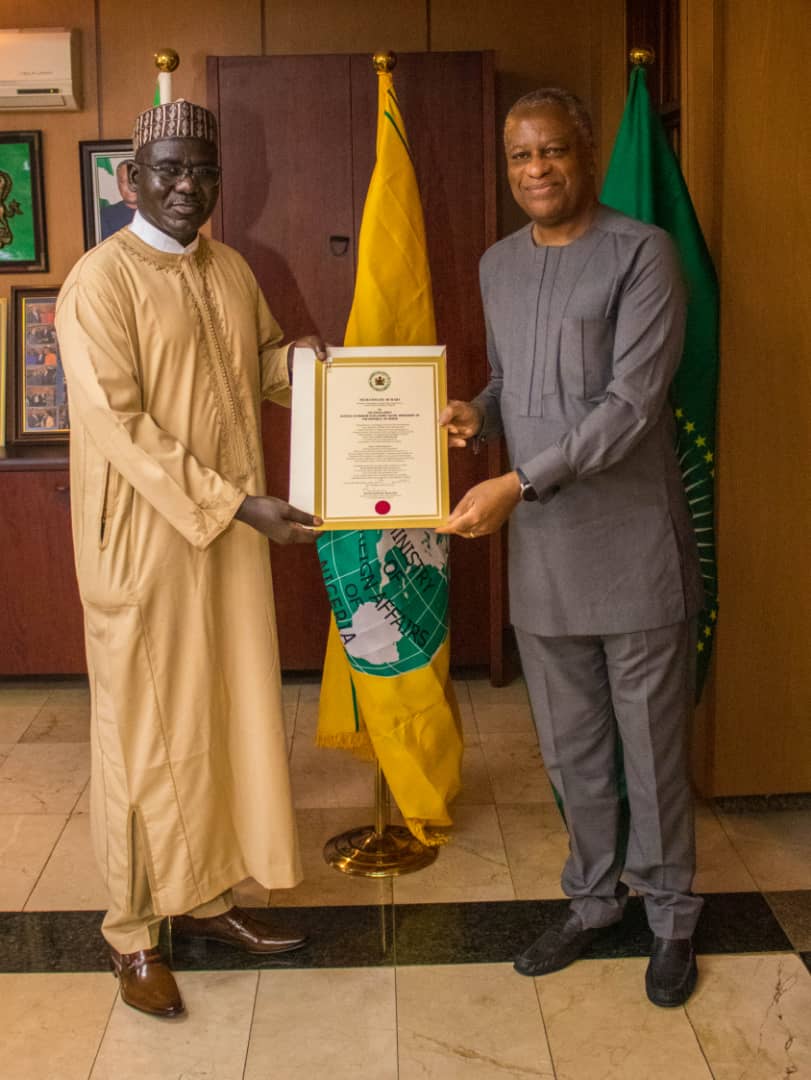 Leaders and members of the National Association of Online Security Reporters, NAOSRE, have congratulated its Grand Patron, Lieutenant General Tukur Buratai, ret’d, former Chief of Army Staff, who has been appointed as Nigerian Ambassador to the Republic of Benin by President Muhammadu Buhari.

Geoffrey Onyeama, the Honourable Minister of Foreign Affairs, on Tuesday, June 22, presented a letter of credence to Buratai appointing him as Benin Republic Ambassador.

Buratai who “voluntarily resigned” from service on January 26, after an excellent service to his father land, retiring as a Lieutenant General and Chief of Army Staff, was, on February 4, nominated as ambassador designate by Buhari alongside other retired service chiefs.

In a statement he personally signed on Wednesday, Comrade Femi Oyewale, the association’s President, who is currently in South Africa on a global media engagement, described the appointment as “Well deserved.”

Oyewale noted that Buratai’s posting to the Republic of Benin is hope raising, stressing that it speaks volume of Buhari’s renewed desire to end insurgency in Nigeria.

“Posting General Buratai to Benin Republic is an intelligent move by President Buhari to end insurgency.

“Buratai, an experience General, would liaise with the Beninoise government to implement coordinated strategies to check all the border lapses that have fuelled insurgency over the years,” he stated.

Oyewale noted that NAOSRE’s growing capacity, in its continental media campaigns against insecurity, derives directly from Buratai’s unrelenting advisory supports as the association’s Grand Patron saying that “We are proud of you.”

The President added that “NAOSRE believes strongly that your hall marks for professionalism and excellent track records will reflect in this new diplomatic assignment.

“We will continue to support you to succeed in all ways possible,” he assured.