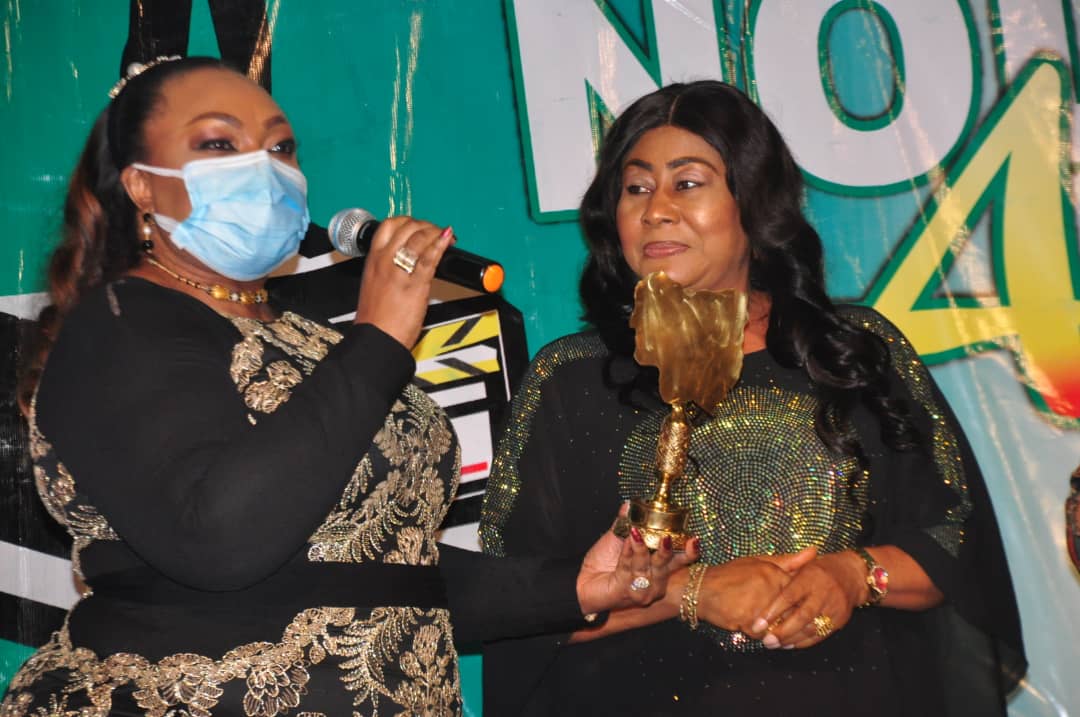 It was an unforgettable moment for guests, recreated by Sterling Bank Plc at the just concluded 2021 edition of Legends of Nollywood Awards held in Muson Centre, Lagos recently.

The event venue was transformed by the spectacular branding given to it by the bank, right from the red carpet and indoors.

The event, Legends of Nollywood Award, led by its President, Paul Obazele, is an avenue where veterans in the industry are recognised and celebrated.

Among the distinguished guests that graced the occasion are; Apostle Anselm and Pastor (Mrs) Emmy Madubuko, Zeb Ejiro, Ralph Nwadike, Favour Benson, Zik Zulu, Memuna Yahaya and other dignatories that cuts across all strata of the entertainment industry.

Kudos must be given to Pastor Mrs Moji Bakare Asieru-sweet, the Sterling Bank General Manager, Corporate & Investment Banking who led the team and Ibidapo Martins, Chief Marketing Officer for a job well done and for making it a memorable one.

Assuredly, their film desk is also open to Nollywood as there are more juicy goodies for film makers.

The event went down as a great evening to remember.

The organisers of the event provided lots to eat, drink and be entertained with. A new musical ARTIST later took the stage to exhibit his talent.