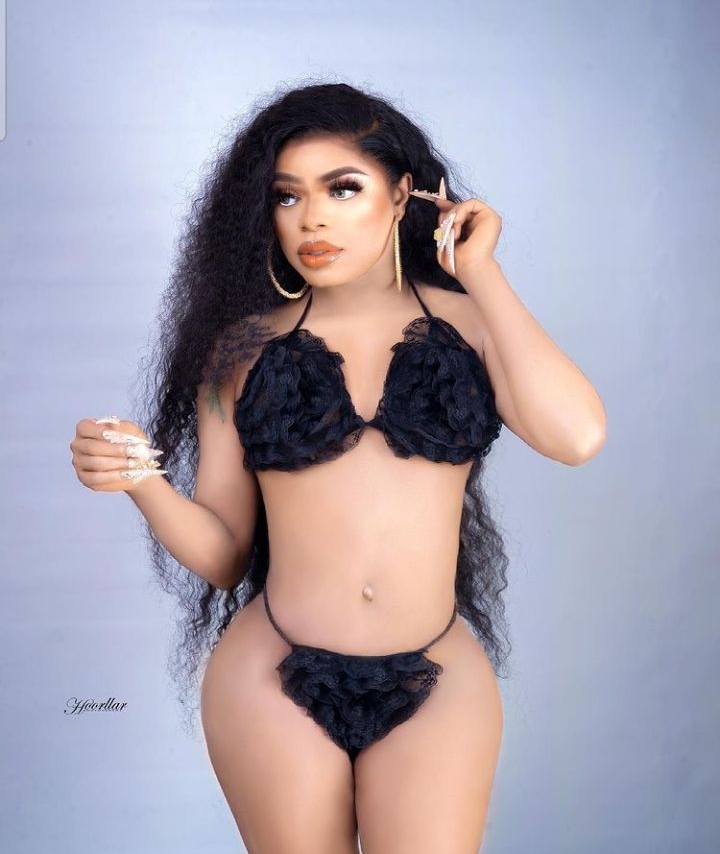 The controversial Barbie, who recently claimed to have undergone butt-lift surgery to enhance his buttock, had his photos off social media for a while as he was recuperating from the procedure.

Bobrisky continued to keep his fans updated before and after the plastic surgery as he informed them to anticipate his banging new body which he would be unveiling soon.

Finally, the Instagram Barbie took to his page today, July 8, 2020, to share a photo of himself all dressed in a bikini with hips looking overly accentuated as he captioned post: “Bikini!”

And another photo was captioned “What D body,
thanks to my doctor.”

Meanwhile, fans and followers have taken to the comment section of Bobrisky’s post to make a caricature of his supposed “banging” new look while accusing him of not undergoing any surgery like he claimed.

They noted he however used photo shop for the photo to achieve the look he posted.