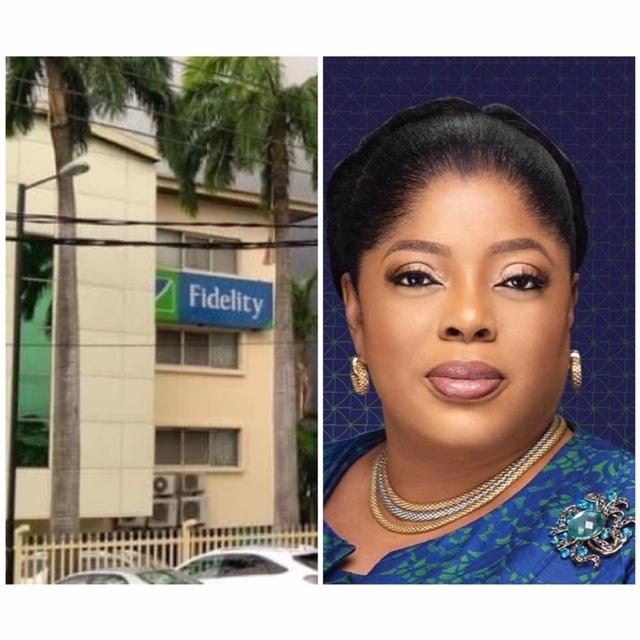 Fidelity Bank has become the case of Rat eating the fish that was kept under her watch, as over N200 Million move into fraudulent Fidelity Bank Top management Staffs account. It can’t be say if the bank can stand by her words which states that “We are Fidelity, we keep our words”.

Fidelity Bank Plc, a tier-2 lender in Nigeria, led by Nneka Onyeali-Ikpe as its chief executive officer, is in the news again for the wrong reason.

The bank which prides itself as a lender which can be trusted and trading with the tagline “We are Fidelity, we keep our words”, has become terrible as it has turned into a safe haven for fraudulent officials.

Assuredly, this development does not only affect depositors and create panic in the minds of customers of the bank, it also has ripple effects on the dividend payout to its shareholders.

Four employees of Fidelity Bank Plc, alongside eleven accomplices, are currently facing criminal trial before a Lagos High Court for allegedly defrauding the bank to the tune of N200 million.

The 15 defendants were all docked on a 2-count charge of conspiracy and stealing by the Economic and Financial Crimes Commission, EFCC.

According to the head of Legal and prosecuting counsel of the EFCC, A. B. C. Ozioko ESQ, the 15 defendants committed the alleged offence in Lagos

The head of Investigations Group of Internal Audit and Investigations Division of Fidelity Bank, Onovae Oghenovo, had petitioned the EFCC narrating how fraudulent transfers of the sum of over N150m were made from the accounts of Fidelity Bank Motor Vehicle Insurance sinking fund/5080019844 and Interswitch Ltd/5080119696, OVH Energy Marketing Ltd/4010015571 and FSL Securities LTD/4010051187 (customers of the bank).

Oghenovo, in the petition, said that internal investigation is still ongoing to ascertain the full amount and that the affected transactions were consummated with ATM debit cards, which were fraudulently linked to the accounts.

“Having fraudulently primed and linked the debits to the above-mentioned accounts, the fraudsters then made various ATM cash withdrawals from different ATM terminals, POS purchases, bill payments as well as ATM fund transfers.

“Also preliminary investigation revealed that 22 of the debit cards used to perpetrate the frauds were cloned as their PAN matches those issued to some of the bank customers,” Oghenovo said.

According to Oghenovo, preliminary investigations conducted showed that the fraudulent transactions were processed by the user credentials of two of the bank’s staff, Jude Alphaeus and Uchechukwu Uma.

“The internal review showed that Omidiji Joseph Olarewaju’s account number 3218570016 in FCMB received a fraudulent proceed of N150m and subsequently transferred the sums of N7.17m and N14.43m to Waltham BDC and Findrex Aviation business school account numbers 0022550922 and 2031957515 with Union Bank of Nigeria and First Bank of Nigeria respectively.

“Also both Olusegun Babasola and Ahmed Ajisola (now at large) viewed the victims accounts prior to the fraud incident”.

Fidelity Bank Plc is however not new to such controversies.

Recall that three officials of the bank were arrested by the police for allegedly hacking into the bank accounts of customers and diverting a total sum of N150 million.

The officials, Oyelade Shola-Isaac, 32, Osuolale Hammid, 40, and Akeem Adesina, 33, were apprehended along with eight other suspects in connection with the fraud.

Three of the accomplices, Okpetu John, 29; Chukwumnoso Ifeanyi, 30; and Salako Abdulsalam were said to be MTN agents, while others were identified as Ismaeel Salami, 49; Akinola Oghuan, 34; Sarumi Abubakar, 32; James Idagu, 56; and 33-year-old Sunday Okeke.

It was gathered that five of the suspects, including the kingpin, Salami, were rounded up by operatives of the Special Fraud Unit of the Nigeria Police Force at an eatery in the Bode Thomas area of the state. About 32 Automated Teller Machine cards belonging to the victims were reportedly recovered from Salami’s car. They were said to have led operatives to Kwara and Oyo States, where other members of the gang were apprehended.

The Police Special Fraud Unit (SFU), said the bankers carried out the fraud on the accounts of customers, who did not subscribe to internet banking. According to the police, “The work of the network provider suspects was to assist the bankers to swap the SIM cards of the targeted bank customers so that they were unable to receive alerts of any transactions on their accounts within the period that money was stolen from their accounts.

“The suspects, after successful withdrawals of the money, transferred the money into about 40 different accounts to avoid being detected. They carried out their operations at weekends and public holidays so as to evade being detected by the bank monitoring mechanisms or the owners of the accounts. They defrauded their victims to the tune of over N150m.”

Similarly, recall the EFCC had arraigned five workers of the lender Plc before Justice Archibong Archibong of the Akwa Ibom State High Court sitting in Uyo over a diversion of dead customers’ money for personal use.

The accused were arraigned on a 23-count charge bordering on conspiracy, forgery, obtaining by false pretense and criminal conversion of depositors’ funds to the tune of N37,690,000.

According to the anti-graft agency, the Uyo Zonal Office uncovered the criminal syndicate of bankers which specialises in forging signatures of deceased bank customers and stealing from their accounts.

“Investigation by the EFCC revealed that Mbong used his position as the head, Operations and Transaction Service and Delivery, to establish a criminal syndicate that specialised in perpetrating the fraudulent transactions and deductions.

“Further investigations also showed that without the authorisation or knowledge of the management of the bank, the defendants managed a fictitious fixed deposit account with interest accruing to it,” an EFCC statement read in part.