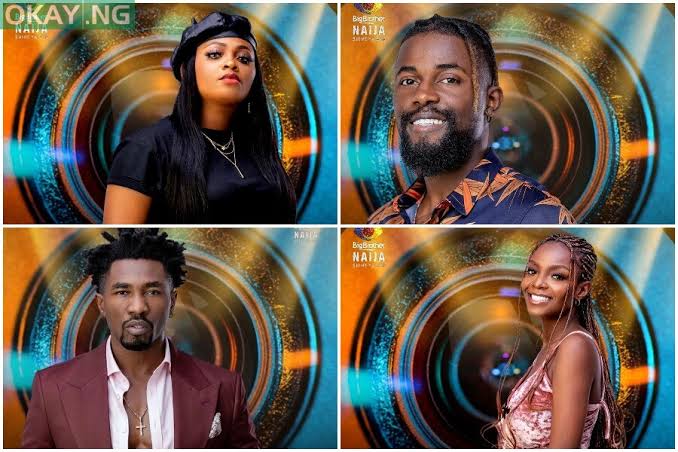 Last Monday, all 15 housemates were on the verge of being ousted, and four of them were evicted tonight.

The most recent Sunday night eviction lived up to its billing, startling fans with an unexpected turn of events. For the first time in Big Brother Naija history, four housemates were evicted in one night!

In a brief interview after her expulsion, the housemates stated her interaction with co-housemate Boma was a well-played screenplay.

Michael and Peace were evicted from their home as part of the eviction scheme.

Following Ebuka’s announcement that Nini and Angel had been saved for the night, Michael and Peace were evicted, followed by a fantastic surprise performance by newbie singer Arya Starr.

Fans may be disappointed by Michael’s departure, but according to sources, the roommate had a successful tenure, earning N4.7 million from tasks.

Boma, Tega’s co-star, was the home’s fourth and final inmate to be released. Due to their behavior as a pair, the housemates had attracted the wrath and contempt of fans throughout the week.

Rema put on a show that included two of his chart-topping tunes.