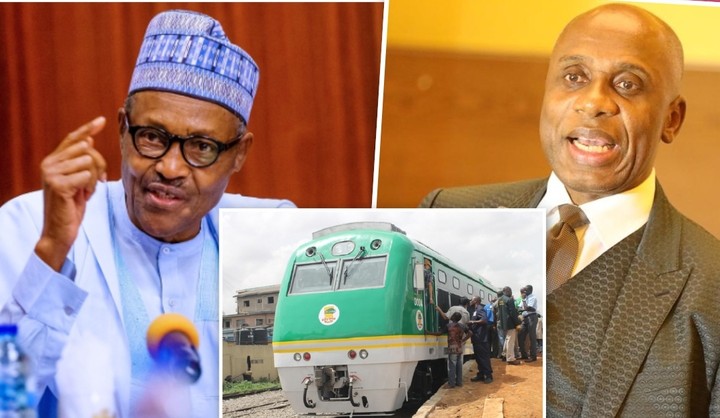 Buhari is looking for alternative funding for the railways project.

Mr Amaechi made the remarks on Friday at the 2021 Annual Public Lecture, which was hosted by the Department of Economics, Faculty of Social Science, University of Lagos, Akoka.

According to him, Mr. Buhari’s administration has recovered the majority of the failed locations on the narrow gauge corridor and is also taking precautions in the Environment Impact Assessment (EIA) report on the standard gauge corridors.

The minister further explained that the establishment of rail projects was to reduce the cost of transportation and boost the economy since economic activity drives development in any country.

He added that the project would connect all the regions in the country with rail transportation but for lack of sustainable funding plan, environmental issues, degenerated infrastructure, theft of railway materials, and obsolete legal framework.

According to him, the railway project is affected by the decline of requisite railway professionals, indiscriminate disposal of the refuse on railway right of way by citizens, among others.

The minister then appealed to community leaders and civil society organisations to join in the fight against the vandalisation of railway infrastructure across the country.