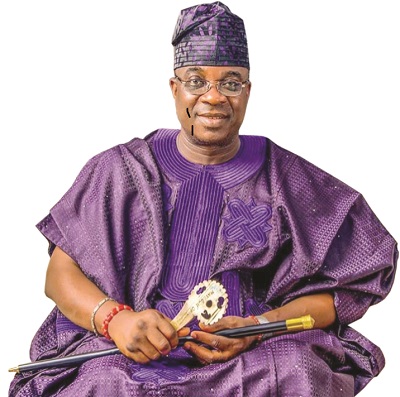 Fastnews Nigeria reports that Mayegun Wasiu Ayinde, better known as  K1, is in the news again. He has been romantically linked to a society woman, Emmanuella Ropo, and there are even reports that they will be getting married pretty

Emmanuella, who is a businesswoman, is the Otun Iyalode of Igbein Egbaland. It has been gathered that Emmanuella has been a friend to K1 since 2009.

Emmanuella’s father died early this year, precisely May 4, and he was buried in June.  The Fuji maestro performed at the burial reception on Friday, June 11.

Before recently, K1 De Ultimate was said to be head over heels in love with his wife, Titi. He always praised her during performances and interviews. While there are rumours of cracks in their union, both parties have maintained silence.

K1 De Ultimate has been linked with many women in the past and it is hard to keep track of the number of his children.