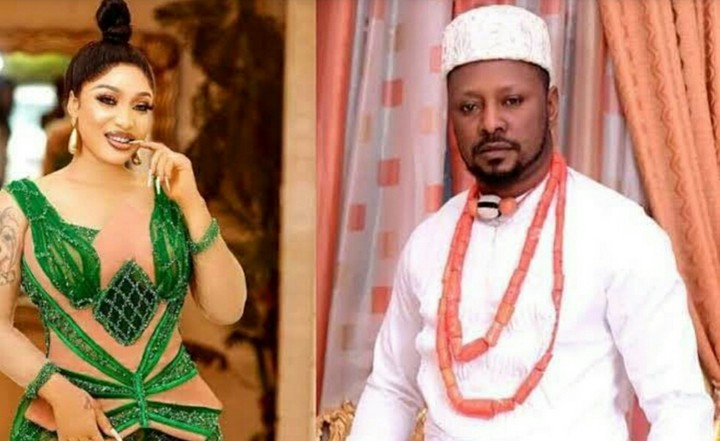 This came after Kpokpogri denied being detained by Nigerian authorities.

The actress shared a photo of Kpokpogri dressed as a baby in a diaper.

According to some reports, Prince Kpokpogri was apprehended by the Nigerian police for threatening the actress and demanding the key to his SUV.

Kpokpogri went live on Instagram to refute claims that he was detained by police.

“Happy Salad to all Muslims around the world.” “I dey my house,” he explained.