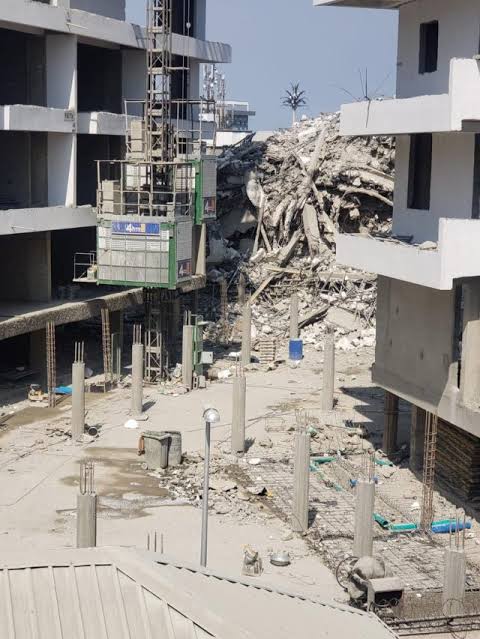 FastNew reports that Nifemi, the PA to the owner of the collapsed Ikoyi building, has been found dead, and Osibona has been convicted.

Nifemi, the personal assistant of Femi Osibona, the owner of the 21-story building that collapsed in Lagos’ Ikoyi district, has been confirmed dead.

According to the source, Osibona, the Managing Director of Fourscore Heights Limited, was also trapped inside the building with Nifemi and his companion Wale Bob-Oseni.

“The dead body of the PA (Personal Assistant), Nifemi, to the owner of the collapsed Lagos building has been recovered. She was simply naked.

“The Police Orderly of the owner, Osibona says he is trapped in the rubble with his friend, Wale Bob-Oseni,” the source said.

Bob-Oseni, a property, and real estate dealer, has been alleged to be the developer of the building.

No less than 15 people have so far been confirmed dead since the building located on Gerrard Road collapsed.

Rescue efforts are still ongoing at the scene of the incident with families and friends of those trapped in the building accusing government officials and rescue workers of being ineffective.