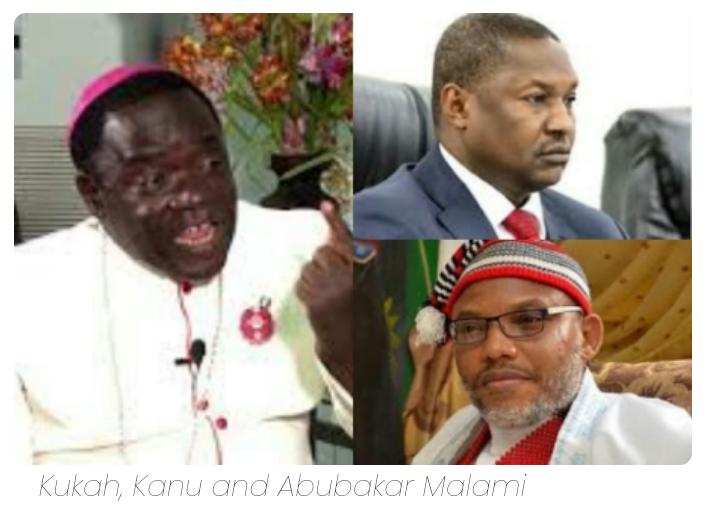 Kukah to FG: Now is the time to settle out of court with Nnamdi Kanu.

FastNews reports that the Bishop of Sokoto Catholic Diocese, Matthew Kukah, has charged the Federal Government of Nigeria with reaching an out-of-court settlement with Nnamdi Kanu, the leader of the Indigenous People of Biafra, or IPOB.

Kukah went on to say that the violence erupting in Nigeria’s Southeast region could be put down by the Federal Government and Southeast leaders.

In an interview with BBC News Pidgin, the fiery bishop stated that the violence in the Southeast could have been avoided.

According to Kukah, IPOB’s sit-at-home tactics will not solve the problem because they will further entrench poverty in the region.

He asked the people in the Southeast to learn from what is happening in the north and decide if that was what they wanted.

“You told people to sit at home and they must eat. You told people not to do things, but what is their reward? Something is that when it enters a situation when brothers kill brothers every day, it means the people are not using their heads, ”he said.

Kukah said agitation was not a bad thing, but that he did not under the kind of agitation by IPOB, saying that the best thing they should have done was to join politics and vote their people into power to fight their matter.