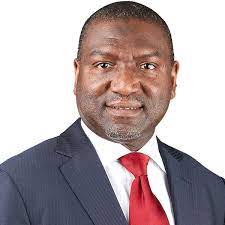 Mr. Dangote died on Sunday in the United States after a long illness.

Mr. Dangote, who was less well-known than his billionaire brother, had investments in manufacturing, agriculture, banking, and oil services.

He was better known for his role as the Chairman of Dansa Holdings, a subsidiary of the Dangote Group that produces beverages.

He was a member of several Chambers of Commerce, a Fellow of the Chartered Institute of Shipping of Nigeria.