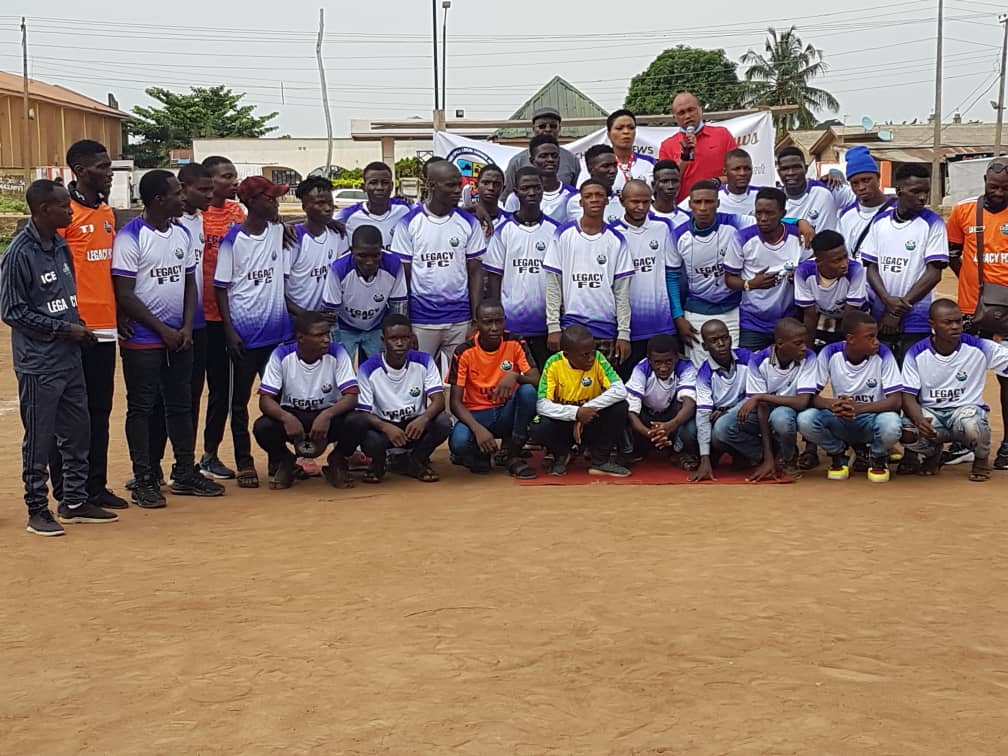 The Giant media International congratulates the Legacy Football Club on the unveiling of their players to Nigerians and the world at large.

The unveiling which was graced and monitored by the Gaint Media International team had Mr Paul Obazele (President, Legends Of Nollywood Award), as Special Guest of Honour and many other important dignitaries.

Mr Dayo Bamgbala and his partner who is better known and called Coach were grateful to God for the successful outting and making Legacy FC dreams come to past. They believe that the future holds a lot of positive opportunities for the club and players.

In the congratulatory message, the Managing Director of Giant Media International, Mrs Favour Benson thanked those who were present at the unveiling and blessed the players saying that they will grow to greater heights in view of representing Nigeria in particular and the world at large.

“We are here today to celebrate with these wonderful players and unveils them to the world for greater achievements. I pray they score great goals and become the kind of people that will be reckoned with in the world of football. I congratulate all of them,” she said.

Mr Paul Obazele while commending the management and this noble course, charged the players to be deciplined, focused and must always adhered to whatever the football management instructs them to do.

Also, the house hold family drink company. Viju Milk Industries was on ground to take care of the guest with their latest range of products, the

The highpoint of the event was the presentation of sports kits to the players.