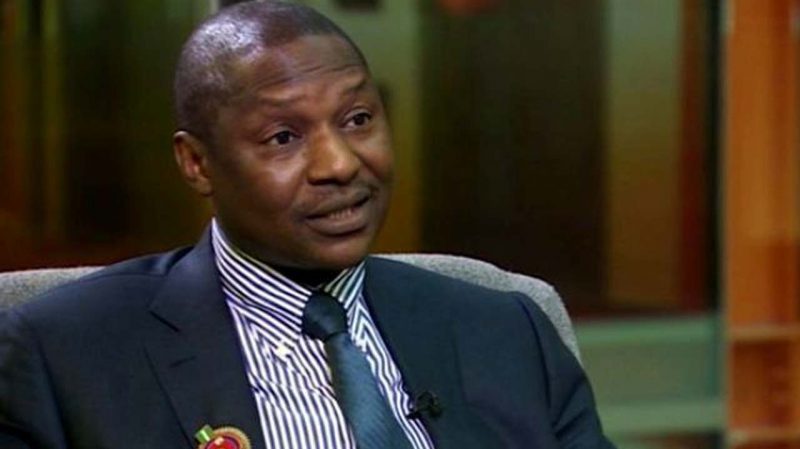 Mr Malami claims that a syndicate from the ministry sold the federal government’s recovered assets “without his knowledge.”

FastNews reports that Abubakar Malami, the Attorney General of the Federation and Minister of Justice has formed a panel to investigate the alleged fraudulent sale of federal government assets.

Mr Malami stated that the federal government had yet to begin selling its recovered looted assets.

In a press statement on Tuesday, Mr Malami’s spokesperson, Umar Gwandu, acknowledged a media report, claiming that a “syndicate allegedly from the ministry sells federal government’s recovered properties without the knowledge of the Honourable Attorney General of the Federation and Minister of Justice.”

“It is important to set the record straight that the office of the Honourable Attorney General of the Federation and Minister of Justice has not officially started the sale of Federal Government’s property,” the statement read in part.

Mr Gwandu also said the AGF neither approved nor ordered the sale of any property.

Mr Gwandu made reference to a circular signed by the Solicitor General of the Federation Umar Mohammed, dated November 29, 2021.

The circular was titled, “The Constitution of a Committee to Investigate the Alleged Sale of Federal Government of Nigeria’s Property by a Syndicate in the Ministry.”

“A committee is hereby constituted to investigate the allegation with the view to unravelling the veracity or otherwise of the publication” the circular partly read.

According to the statement, the committee chaired by the Director of Public Prosecution of the Federation was inaugurated on Tuesday.

It is saddled with the responsibility of unveiling the accuracy of the publication and recommending ways of handling the matter in accordance with the provisions of the extant laws.

It is expected to complete the assignment within one week and submit its report of its investigation to the Solicitor General of the Federation and Permanent Secretary of the Federal Ministry of Justice.

Individuals, groups, companies, institutions, or organisations that claim to have been associated with the alleged syndicate from the Federal Ministry of Justice in relation to the purchasing of houses, landed property, vehicles, vessels, plants, and machinery belonging to the Federal Government are encouraged to come up with any information, evidence, or document regarding the alleged sales, ” Mr Malami was quoted to have urged Nigerians.”

Mr Gwandu said the “Secretariat of the Investigation Committee can be contacted at the Office of the Director Public Prosecution of the Federation, Federal Ministry of Justice, and be reached within one week from December 1st, 2021, or via email: investigation.committee@justice.gov.ng.”