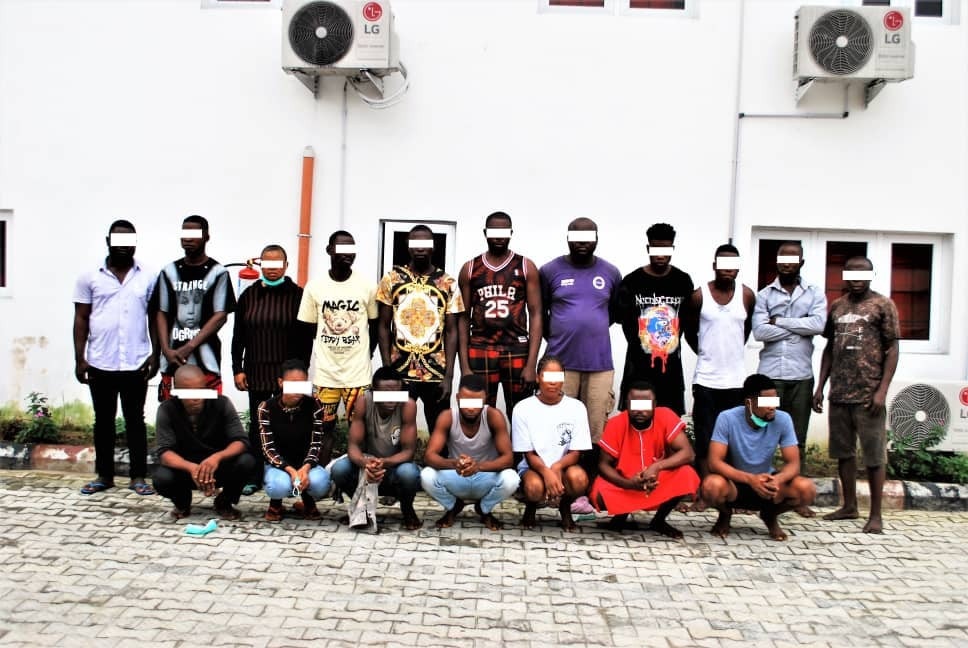 A statement issued by the EFCC’s spokesman, Wilson Uwujaren, on Wednesday, said the truck was loaded with products suspected to be illegally refined automotive gas oil ( AGO) packed in nine (9) geepee tanks of 3,000 liters capacity each and three big drums filled with the same product.

“Also, the Avalon car conveyed products suspected to be illegally refined AGO in cellophane bags. The suspects would be charged to court as soon as investigation is concluded, ” he added.