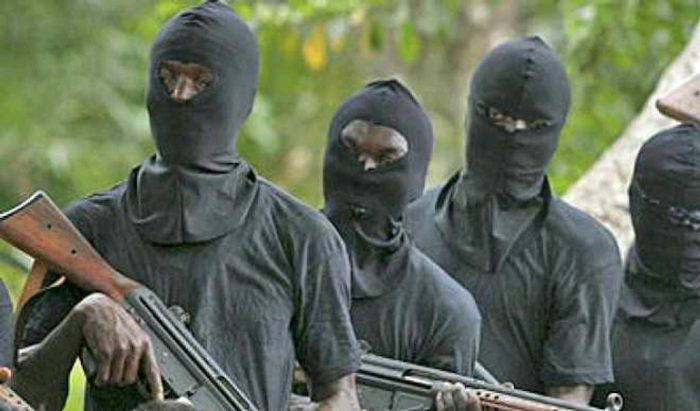 During the attack, the hoodlums, who were said to have fired gunshots sporadically to scare residents, allegedly inflicted machete injuries on the head of a farmer.

According to sources, the five gunmen, who struck around 8 p.m., grabbed the woman and dragged her into a forest on the border of Kwara and Kogi states.

According to a source who provided details about the attack, “the gunmen were in a part of town, pretending to be buyers.” They waited until nightfall, and then we heard gunshots for about five minutes. We knew something was wrong when we saw this.

“They followed the woman into her shop, grabbed her, and dragged her into the forest, shooting indiscriminately to scare people.”

“In the process, a farmer, who was at the shop and attempted to struggle with them, was shot. They also drew out a sharp cutlass and inflicted a deep cut on his head. He is receiving treatment in a hospital.”

Another source, who said the police, hunters, Amotekun corps, and vigilantes had begun combing the forest, said, “The Divisional Police Officer in charge of the Ikole area, who visited the community around 7.12 am on Sunday, assured that the woman would be brought back hale and hearty by security operatives, who he said would also arrest the perpetrators of the crime.”

Abutu said, “We have begun serious work on the matter. We are working with other security agencies to track down these evil-doers.”