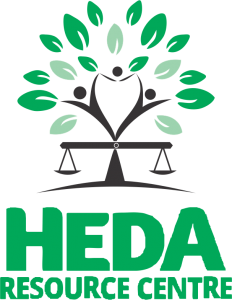 With the glaring threat posed by climate change to the world, groups from anti-corruption agencies, the media, civil society organisations (local and International), community based groups and labour and the academia have called on the media, labour, community based groups and others to strengthen alliance and network to decisively wage vigorous campaign against climate change peril.

In a communiqué issued at the end of the One-Day Workshop on Illicit Financial Flow, Gas Flaring and COP 26 organised by Human and Environmental Development Agenda, (HEDA Resource Centre), Re-Common and Cornerhouse in collaboration with Fossil Fuel Non- Proliferation Treaty Initiative and supported by MacArthur Foundation held in Lagos, they maintained that corruption remains a growing threat to global security and prosperity, saying corruption has continued to undermine human and material potentials of Nigeria, fuel poverty, hunger, starvation and, economic and political instabilities.

According to them, one of the major contributory factors to corruption is illicit Financial Flows, and every year, billions of dollars are siphoned from Nigeria by public and private officials stunting the country’s growth and economic wellbeing.

“Oil and Gas is the mainstay of Nigerian political-economy, while the sector remains one of the dark spots of sleaze. Since 1956 when oil was first discovered in Nigeria, billions of dollars have been sourced by the Nigerian authorities but have neither translated to prosperity nor improve the lives of millions of Nigerians who remain poor and vulnerable.

“An outstanding means of corruption and Illicit Financial Flow in the oil sector is through Gas Flaring whereas, the impact of climate change on livelihood in Nigeria is real,”

Wth the theme Illicit Financial Flow and Gas Flaring as Albatross to Nigeria’s Climate Change Response: Building Momentum towards COP 26, they examined illicit financial flow and gas flaring as a major threat to livelihood and climate change, the responses and resolved that Africa including Nigeria needs to renew efforts to halt Illicit Financial Flow in the oil and gas sector, perpetrated by local and international actors.

They also averred that Climate Change remains a phenomenon challenge. Africa, including Nigeria should therefore rise up to the perilous challenge and such efforts must include all stakeholders but not limited to the civil society, democratic institutions, religious bodies and indigenous communities.

“Nigerian Government should employ modern technology in the detection of the quantity and quality of oil and gas exported from the country which should lead to freezing and demobilization of assets such as shares and real property apart from the repatriation of all stolen funds which should be incorporated into projects that impact on the essential needs of Nigerians.

“Retrieving illicit funds requires the employment of legal and diplomatic mechanisms within the framework of best global practices. This means that Africa including Nigeria should work towards stopping corruption at home to prevent illicit financial flow from the continent,”

They posited also that Africa needs a transparent and accountable system of government that will enhance a people-driven mechanism to enhance openness and inclusiveness, hence there should be paradigm shift from reliance on foreign aids to self-reliance which involves judicious use of local human and material assets with development built around institutions rather than individuals.

“Government should focus on private-sector growth rather than private interest growth, and the efforts of the campaigns to ‘save Africa’ and ‘make poverty history’ would be meaningless in the face of the consistent damage done to the continent through corruption by government officials and operators of the private sector, thus people must conscientiously hold the government accountable through constructive democratic engagements.

“The perpetration of graft is sustained by the fraternity between states that encourages a symbiotic relationship between a looting ruling elite class and rogue multinationals, including local and international actors in the banking and financial institutions of foreign receiving nations. Any attempt to deal with corruption needs to take the current situation into cognisance.

“Africa member states should strengthen anti-corruption institutions to be able to legally deal with corrupt persons and bring them to book through a speedy and less complex trial, and wake up to the challenges posed by Climate Change, Gas flaring and illicit financial flow, the continent being the most vulnerable, yet the least prepared for climate change yet the most affected by its negative consequences like draught, deforestation and pollution, given its economic and resilience situations including lack of access, opportunity, infrastructure etc.

“Climate change as a major challenge also comes with associated opportunities to explore new technology, new knowledge yet Africa is yet to key into this window. The continent should focus also on researches and initiatives to indigenous solutions to compliment global efforts to resolving the challenge posed by Climate Change,” they added.