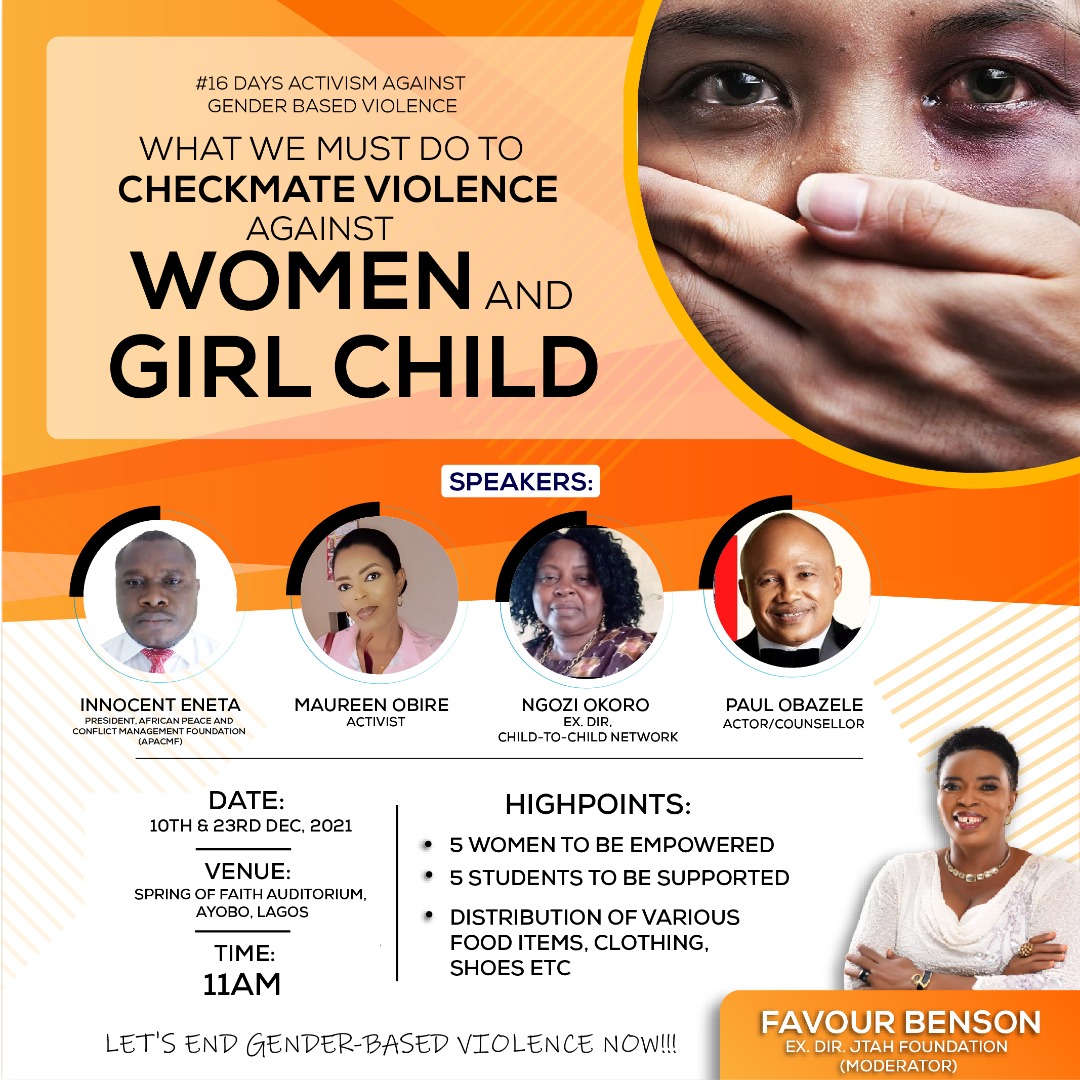 Favour Benson,Paul Obazele, Ngozi Okoro and Others To Speak On Why Gender Base Violence Should Be Eliminated-

In commemoration of the United Nations 16 days of activism for the Elimination of Violence against Women, the Jashabel Touch A Heart Foundation has organised an annual empowerment programme for women and students in celebration of the Christmas season.

The high points of the event which will be held on 23rd of December at the Springs of faith auditorium, Ayobo, Lagos were; Distributions of various food items, clothing, shoes and others, 5 women will be empowered, 5 students will Educational Fund supported.

The 16 Days of Activism against Gender-Based Violence is an annual international campaign that kicks off on 25 November, the International Day for the Elimination of Violence against Women, and runs until 10 December, Human Rights Day. It was started by activists at the inaugural Women’s Global Leadership Institute in 1991 and continues to be coordinated each year by the Center for Women’s Global Leadership.

Speaking on the programme the executive director, Mrs Favour Benson said that the foundation conducts programmes annually to train the parents/guardians and also support for the education of the children every month July as they resume for a new session.

” Annually our foundation has four programmes in which we organise seminars for parents and guardian, another is that we provide support for students resuming to schools in July as educational financial support for them.

Here, we provide scholarships for brilliant but indigent students. We do so much youth empowerment, teaching them about drugs and the consequences of drug abuse.

The event today is the one we do annually, where we provide gifts and food items for them and other people.

We got people to donate to this project and we got as much as we can which we are giving out today to help them in this festive season.

Because of limited funds we are only empowering 5 women and 5 students.” She said

The speakers at the event were, Paul Obazele, Ngozi Okoro, Innocent Eneta, Maureen Obire and Favour Benson as the moderator.