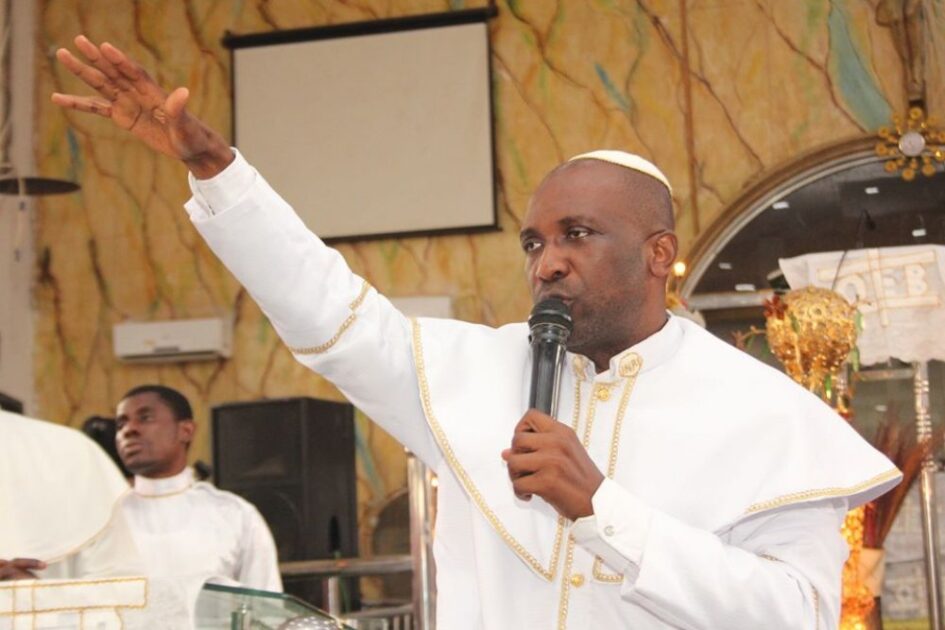 Primate Ayodele warns Tinubu that he should stay away from the 2023 general election.

FastNews reports that prior to the 2023 general election, Primate Elijah Ayodele, the leader of INRI Evangelical Spiritual Church, has warned Asiwaju Bola Tinubu, the former Governor of Lagos State, that no one wants him at the federal level.

Ayodele advised the APC leader to fight for his soul and stay in the southwest; otherwise, he would lose on both sides.

This was stated in a 90-page prophecy released on Wednesday at the clergyman’s Lagos church.

“I expect people to fight a lot,” Ayodele predicted, “and they must do what is necessary because if care is not taken, they will only waste their time, energy, and money.” Their sponsors will let them down.

“I am advising Tinubu that nobody wants him at the Federal level. Let him remain in the southwest, otherwise, he will lose on both sides.

“Tinubu should remain in Lagos. He should hold on to Lagos and fight for his soul or his life. Lagos will make APC strong. APC will shake Lagos unless they fail to do the needful.”

Recall that recent media reports had indicated a frosty relationship between Vice President Yemi Osinbajo and Tinubu over the 2023 presidential race.

Both politicians are aspiring to succeed President Muhammadu Buhari, whose second term ends on May 29, 2023.

Though both men have not formally declared their aspirations to succeed Buhari, groups canvassing for them are emerging across Nigeria.

In October, the pair met in Abuja after Tinubu returned from London, United Kingdom, where he had undergone knee surgery.