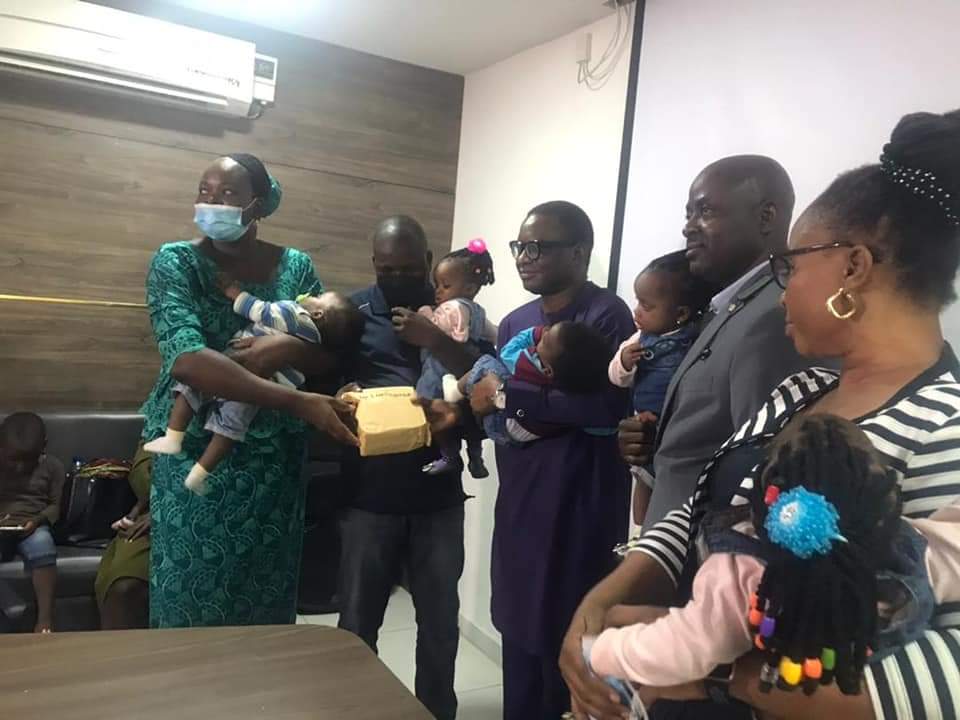 FastNews reports that the Lagos State Ministry of Youth and Social Development has provided financial assistance to parents who have given birth to multiple children in the state.

Mr. Segun Dawodu, Commissioner for Youth and Social Development, made the presentation at a recent event in Alausa, Ikeja, saying the gesture was to support parents in line with the current administration’s traditions to alleviate the financial burden of raising children.

To reduce the burden of paying hospital bills for the family, he added, “I would like to advise the parents to also take advantage of the state government’s health insurance scheme, which has been put in place for everyone’s benefit.”

Earlier in his welcome remarks, the Permanent Secretary, Dr. Olugbenga Ayoola Aina, stated that the Ministry decided to give financial assistance to the parents in order to alleviate the cost of caring for the children.

Responding on behalf of the parents, Mr. China Image thanked Governor Babajide Sanwo-Olu’s administration for the financial support to the families, adding that the gesture will go a long way in reducing the cost of taking care of the babies.

Similarly, the Lagos State Government, through the Ministry of Youth and Social Development, has given a financial reward to Miss Global Beauty Nigeria, Mamus Clarise, who promised to use the money to embark on a Menstrual Health Hygiene sensitization program for youths in Lagos State.