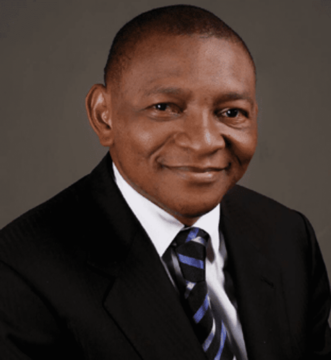 …remanded in custody, as court orders police to conduct COVID-19 test on him

The Federal Government, on Thursday, arraigned Dr. Obinna Uzor and his lawyer, Eziafa Enwedo, for allegedly using a forged Originating Summons and court processes to obtain a forged judgement from a High Court of the Federal Capital Territory to unseat Senator Ifeanyi Ubah representing Anambra South . The forged judgment has since been set aside by the Supreme Court of Nigeria

The duo were docked before the Federal High Court in Abuja on a six-count criminal charge.

Others FG cited as Defendants at large, in the charge marked FHC/ABJ/CR/78/2020, are Anani Anacletus Chuka, Aroh Ifunanya and Faith Samuel.

It was alleged that they conspired and used a forged motion with No. M/4017/19, and forged originating summons to obtain the upturned judgement that sacked Dr. Ifeanyi Ubah of the Young Peoples Party, YPP, as the lawmaker representing Anambra South Senatorial District. It was also alleged that the judgment presented by the duo was forged.

FG told the court that the Defendants, by their action, committed an offence contrary to Section 3(b) of the miscellaneous offences Act Cap M17 Law’s Of the Federation Of Nigeria 2004 and punishable under Section 1(2) of the same Act.

Meanwhile, the Defendants pleaded not guilty to the charges read to them before trial Justice Okon Abang, even as their lawyer, Mr. Chukwudi Igwe, prayed for the court to release the 1st Defendant on bail but withdrew his application for bail of the 2nd Defendant pursuant to which same was struck out.

The prosecution counsel, Mazi Afam Osigwe, urged the court not to allow the Defendants counsel to orally apply for bail as the Federal government intends to put facts before the court in opposition of the application for bail.

Obinna Uzoh was hitherto at large and deliberately refused to make himself available for trial until he was declared wanted by the Police.

In his ruling, Justice Abang allowed Eziafa Samuel who is the 1st Defendant to continue on his existing bail granted to him on 19th March 2020.

The court however ordered that the 2nd Defendant, Dr. Uzor should be remanded in police custody till July 6 when his formal bail application will be heard.

Justice Abang directed that Police should call the Nigeria Center for Disease Control, NCDC, to carry out COVID-19 test on the 2nd Defendant and submit the test result to the court before the adjourned date.

“The court cannot order his remand in prison having regard to the current situation and since his medical condition is not known. The court have to be slow in remanding Defendants in Correctional Centers.

“The court will take further decision as regarding his custody upon submission of result of his COVID-19 test”, Justice Abang ruled.

It will be recalled that Justice Bello Kawu of the Abuja High Court at Kubwa had on April 11, 2019, sacked Ubah from the Senate over the allegation that he used a forged National Examination Council, NECO, certificate to contest the senatorial election that held in Anambra South on February 23, 2019.

Justice Kawu directed INEC to withdraw the Certificate of Return it issued to Ubah and issue a fresh one to Dr. Obinna Uzoh of the Peoples Democratic Party, PDP, who came 2nd at the election.

However, Ubah, who contended that he was neither joined as a party nor served with any process with respect to the suit, subsequently persuaded the Court of Appeal in Abuja to set-aside the judgement he said was obtained against him by fraud.

Shortly after the appellate court’s verdict was upheld by the Supreme Court, the FCT High Court indicted and sacked three of its staff members, even as it demoted three others over their alleged complicity in forgery of the court’s processes.

An Investigative Panel that was setup by the court, said it found that the six judicial officers, connived and compiled a fraudulent case-file and fabricated the judgment that was sought to be used in removing Senator Ubah from the Senate.

Meanwhile, some of the charges Federal Government slammed on the Defendants on Wednesday, read: “That you Eziafa Samuel Enwedo on or about September, 2019 at the Federal Capital Territory within the jurisdiction of this court did conspire with Anani Anacletus Chuka, Aron Ifunanya, Faith Samuel and Obinna Uzor all of who are at large to commit a felony to with forging originating summons number CV/3044/18 Anani Anacletus Chuka Versus Ubah Ifeanyi Patrick and Others and thereby committed an offence contrary to Section 3(b) of the miscellaneous offences Act Cap M17 Law’s Of the Federation Of Nigeria 2004 and punishable under Section 1(2) of the same Act.

“That you Eziafa Samuel Enwedo (M) and the following other persons now at large that is Anani Anacletus Chuka(M),Aron Ifunanya (F), Faith Samuel (F) and Obinna Uzor (M) sometime in 2019 at the Federal Capital Territory Abuja, made a press release to Elombanews with attached court documents that Senator (Dr) Ubah Ifeanyi Patrick, the distinguished Senator representing Anambra South Senatorial District at the 9th Senate of the National Assembly Of the Federal Republic Of Nigeria has by that Judgment been removed from the Senate on the grounds of having Forged his NECO Certificate and that his party, Young People’s Party (YPP) did not conduct primaries, a message or news that is grossly offensive or indecent, obscene or menacing, and you caused annoyance, inconvenience or needless anxiety to the said Senator (Dr) Ubah Ifeanyi Patrick, even though you knew the information to be false, and thereby committed an offence punishable under Section 15(1)(a),(b) Cyber Crime Act 2015”. 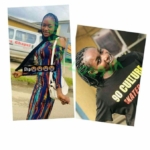 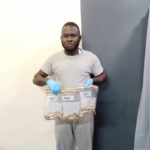 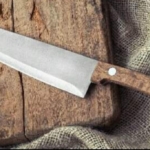